Have you applied for immigration benefits but disagree with the outcome of the procedure? My Orlando Immigration Lawyer serves Orlando and Central Florida cases and can help you appeal the immigration decision.

It is possible to file an immigration appeal and fight back the injustice.

If you lost your case because there has been a mistake in the application of the immigration laws, you have the right to file an immigration appeal. My Orlando Immigration Lawyer serves Orlando and Central Florida cases and can help you fight back.

The Consequences of Losing Your Appeal

As you may already know, if you lost your case at Immigration Court, you might face deportation. Therefore, you must file an immigration appeal to prevent a possible deportation, which would separate you from your spouse and from your family.

You must win your immigration appeal to become or to remain a lawful permanent resident and to secure a future for your family in the United States.

Don’t risk jeopardizing your future. Trust the legal advice of My Orlando Immigration Lawyer with convenient offices in Orlando and Kissimmee.

How to File an Immigration Appeal

If you would like to challenge the Immigration Judge’s decision, you need to file an appeal with the Board of Immigration Appeals and we recommend seeking an immigration attorney to help you with the process, which sometimes can be complicated and cumbersome.

The immigration appeals process can take months or sometimes years but is worth filing if you have received an unfair treatment. 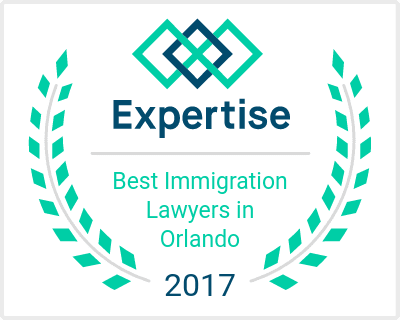